More on Relationships - Movement towards Depth? 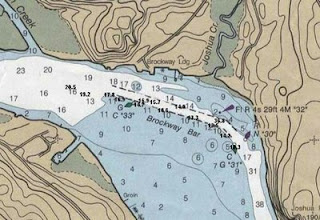 Brian made a comment recently voicing concern over the apparent lack of depth often seen in Christian relationships. Here's a sample:

I'm not so sure many people inside church buildings or w/n the crumbling Corpus Christianum know much about relationship as commitment or that relationship entails an ethos of sacrifice. It seems that many Christians opt toward relationship as mere convenience rather than as an expression of faith; buying into the cheapened notion that love is merely a feeling & not much else beyond that. Many Christians have not yet learned to love into relationships when it is inconvenient to them.

I have to say I share that concern, especially because the struggle for substantive relationships seems so deeply rooted in the hyper-individualism that is so characteristic of our age and culture.

With that in mind, you can see why this quote from Phyllis Tickle caught my attention in an e-mail this morning:

"I don't think anybody knows exactly where the Great Emergence is going, much less where the Christianity, emerging/emergent, coming out of it is going to go exactly, but there are some contours that are clearly visible right now and can be described. ... It is definitely communal, even to point that about a quarter of it is probably engaged in a form of monasticism."

I certainly don't see monasticism emerging as the dominant form of Christian life. But I'm sure that the impulse that's driving that expression to grow these days - a hunger for and willingness to pursue substantive relationships - is being felt by many more than just the ones acting on it in that way. So that's encouraging. And there are people at work to nurture that impulse and help others act on it. Karen Sloan is one example. You can watch a video of her discussing it here on TheOozeTV.

What are others seeing in terms of greater dissatisfaction in the Church with "thin" relationships and a willingness to explore ways to find depth again?
Posted by Feral Pastor 1 comment: