A while back I put together a list of various devotional resources with a description of each one for a workshop I was leading at my church. It occurred to me that I never made that available here so I'm tending to that now. You can download the file as a pdf here.  Below is a summary of what you'll find.


I hope this is helpful!

Devotions and Conversation in Advent 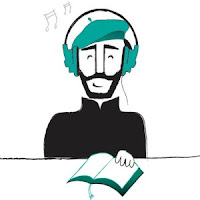 Care to join me for a weekly conversation about daily devotions this Advent? Here's the scoop:

I've enjoyed using the Pray As You Go daily devotions for quite a while now. These are brief audio devotions - about 12 minutes - that include inspirational music from around the world, scripture reading, and a guided meditation with time allowed for personal prayer. They are produced by a Jesuit group in Britain and you can listen to them with their smartphone app or online at their website.


My plan is to listen to their devotion daily starting December 1st (first Sunday in Advent) and then offer two opportunities for conversation each week. One will be online on Saturday mornings, 9 to 9:30 am, using Zoom for video chat. We can have a virtual cup of coffee together and if you're still in your PJs that's totally fine! (Actually, I think that would be a real cup of coffee with virtual togetherness, not the other way around.) This is the link to enter the "Zoom Room" for the conversation. If you don't already have Zoom on your phone or computer, it will prompt you to install it, which is free and fast.

If you happen to be local in the Twin Cities, you'll also have the option of meeting on Sundays at 11:45 am at St. Stephen's in West Saint Paul, where I work. Non-virtual coffee will be available here as well.

My plan is to jot down some notes each day about what connected for me in the devotions and I encourage you to do the same. Then we can just share with each other what the week's journey has been like.

Calendar note: although Advent has four Sundays in it, this journey will actually run for three weeks  because we start the devotions on a Sunday. The conversations, then will be on three Saturdays (December 7, 14 and 21) and three Sundays (December 8, 15, 22).

Hope to see you on the journey!

David, Bathsheba, The Baby and God

This morning I read 2 Samuel 11 and 12, the story of how David committed adultery (rape, really, considering the power differential) with Uriah's wife Bathsheba, then had him killed in order to cover it up. Three things gave me pause to reflect.
___
First, Nathan confronts David using a story about a rich man who takes a poor man's sheep in order to feed a traveler. The traveler represents David's passing urge to have Bathsheba just because she's attractive.
What are the "travelers" you have to deal with? Things that are passing, that you have a hard time not "feeding?"
In a way,I think my depression episodes are like that. They are travelers in my life, passing through (although often staying way too long like bad house guests). And I feed them with the attention that really belongs to others in my life.
___
Second, the story tells how God punished David by killing the baby boy born to him and Bathsheba. How do we understand or interpret that? I see three options and there are probably more.
The first option is to take it at face value. That's really what happened and why. This leads to a dilemma. If I believe the text is literally true, I can't understand how God could be considered loving and just by killing the child. But if I believe that God is loving and just and would never do such a thing, then I can't see how the text could be literally true. Personally, I can't accept the idea that God would act in this way. So I find myself looking for different ways to understand the text, rather than different ways to understand God.
A second option is to simply say that the events never happened at all. The story was made up or constructed from other bits of fact and rumor, and included in the Bible perhaps for the way it shows there are consequences for sin, and for the example of God's faithfulness (to David) by being willing to forgive him.
A third option is to accept that the *events* are historical, but that the *interpretation* is something that made sense to the writers, but is not one I can accept. So, the real David had a real child with Bathsheba and the child really died. The writers see this and conclude that the death was caused by God as punishment. They don't seem to struggle with the way that portrays God as I do, perhaps because they think it *does* reflect the true character of God to act that way, pr perhaps because they don't view children as having the same value as adults, the way we do.
How do you read the text?
___
Third: at the end of chapter 12, David conquers the Ammonites. He "emptied the (capitol) city of its people and put them to slave labor using saws, picks, and axes, and making bricks."
He treated them just like the way the Egyptians treated his own ancestors, even to the point of forcing them to make bricks. (Exodus 1:13-14)
It's just unbelievably tragic that the oppressed have now become the oppressors.
It's astonishing that God continued to be faithful to his people in the face of this. Even so, God is faithful to us in whatever atrocities we may be guilty of.
Posted by Feral Pastor No comments:

Summary: This message isn't about "diversity" per se, as in the cultural dynamics around race, gender etc. Rather, it discusses how recognizing that people are all different is a very important safeguard for us as we seek to grow as disciples. We don't necessarily need to look like each other, or follow the same path. 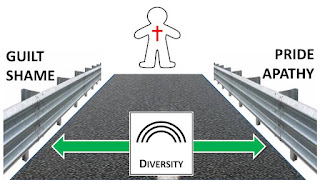 Slides: Click here to view the slides from the sermon in a new window.

Audio: Click here to listen to the sermon audio from Sunday, January 27, 2019. 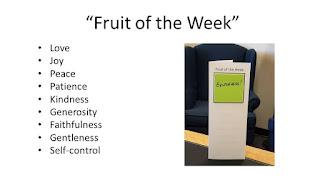 Summary: Introduces a simple home exercise (great for families) that helps one grow as a disciple by focusing on a "Fruit of the Week." Based on the list in Galatians 5 which begins with "Love, Joy, Peace, Patience...."
Slides: Click here to view the slides from the sermon in a new window.

Audio: Click here to listen to the sermon audio from Sunday, November 25, 2018. 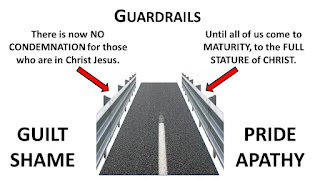 Summary: When we set out to grow as disciples we start on a journey that comes with some risks. Like driving a car, we can "go off the road" to the right or to the left. In discipleship terms, that means getting stuck in guilt and shame one one side, or pride and complacency on the other. Fortunately, the Lord has put "guardrails" in place along our journey to help us stay safe and keep moving forward.
Slides: Click here to view the slides from the sermon in a new window.

Audio: Click here to listen to the sermon audio from Sunday, October 14, 2018.