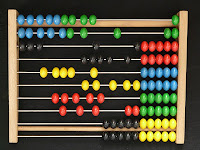 Some recent conversation about evaluating ministry in a Facebook group got quickly bogged down in typical struggles. Butts in pews and bucks in the offering plate can be measured, but don't tell the story etc. I brought a different perspective in these words:

"Most of what we are talking about evaluating (whether numerically or otherwise) are, I think, merely proximate targets. They are *close* to what's important, but not the thing itself. If our goal is to make disciples, then our real evaluations should be on the actual traits that describe such people. For convenience (and alliteration) I like to use three categories: Head (knowledge), Hand (practices), and Heart (attitudes). As it turns out, I think those are listed in order of ease of evaluation, and in reverse order of importance. If we never get around to really assessing how we are doing in shaping people into Christ-likeness in those three dimensions, then I assert we never really know if we are being effective or not.
...and to anticipate a question, yes, you certainly can have a meaningful evaluation for "Heart" factors e.g. love, joy, peace, patience etc. I myself have taken depression inventories, which are a reverse indicator of joy in a way. Also, spouses can be readily enlisted to provide evaluations along these lines: "Honey... I've been attending church for a year now. Do I seem more kind or patient to you?" (I'm thinking that last bit was probably only 5% facetious. Maybe less.)"
Posted by Feral Pastor 3 comments:

Here's a little inside baseball for my Lutheran readers. I've been pressing the house church conversation on some Facebook forums and thought I'd collect a couple of my posts here as well:

"Along with the anxieties over wandering away from theological orthodoxy, another panic point in the house church conversation among Lutherans is presiding at communion. ("Panic point" is a bit condescending... sorry about that. Couldn't resist the alliteration.) Case in point, Clint Schnekloth posted a comment about the "Babylonian Captivity" of the Eucharist expressed in our extreme avoidance of having non-ordained people preside, and it's elicited over 500 comments in just over 2 days. That's called touching a nerve."

"Our theology staunchly affirms that the validity of the sacrament is NOT dependent on who presides. Yet our practice consistently and powerfully contradicts, and IMO trumps our theology in the minds of laity and many clergy."

"The "good order" standard is a huge leverage point I think we need to lean on as much as possible. It's one of the greatest assets of Lutheranism, because it points us to the importance of pragmatism. When I look at the entirety of our congregational life - everything from these kinds of presiding questions to the huge investment in large group weekly worship - I just keep asking; just how good does anyone think our current "order" is??? Blessed as we are with hugely valuable insights in theology, our key temptation is to evaluate "goodness" solely based on theological concerns. Meanwhile, our practice for shaping lives that enflesh the richness of our theology is manifestly ineffective."

Stirrings among the Lutherans

Something is afoot in my tribe. (ELCA Lutherans)

I've been keeping my ear to the ground for people interested in things like house church and discipleship movements since before I started this blog back in 2007. Found lots of people out there and a lot of ferment, but among my tribe the connections were few and far between so I was mostly sowing seeds it seems.  As of today, it seems to be different.

First, a post in an ELCA clergy group on Facebook yesterday asked if anyone was looking at house church model for ministry.  This thread became very active with quite a number of people joining in.  It led right away to talk of extended conversations and networking, and to the formation of a new FB group this afternoon that already has 31 members eager to continue the conversation .  That is a lot of (mostly) Lutheran clergy types hot for a house church conversation!  I've not seen anything like it before.

Second, a FB group formed some weeks ago for ELCA folks who were active or interested in using the 3dm approach to discipleship. That group has 132 people in it, predominantly clergy as far as I can tell.  The energy building in that conversation led to a suggestion that people gather in Florida at the Exponential Conference to have some conversation about 3dm discipleship in our Lutheran context.  I jumped right on that and thought maybe there would be another 5 or so that might go for it as well.  I just learned today that there are 23 people planning to convene for this conversation!

Looks like the Spirit may be up to something.  Stay tuned.
Posted by Feral Pastor No comments:

State of the Evangelical Union 2013

I'm finding a huge amount of value in Mike Breen's work on discipleship through 3dm and wanted to pass along his (annual?) post on The State of the Evangelical Union.  I shared it will Bill Easum, whom I've had the privileged of working with in recent years, and he found it valuable too.

Some of my favorite bits:

"...discipleship... is “a long obedience in the same direction.” It isn’t complex and easy. It’s simple, but hard to do."

“There is a paradigm shift that needs to happen. We need to move from being a worshipping body that sometimes does mission to a missional body that gathers to celebrate and worship.”

"...at the end of the day, I want to be part of a movement that puts missional discipleship back into the hands of every-day people. You get that by learning Family on Mission."
Posted by Feral Pastor No comments:

Just wanted to pass along a very nice blog post by Ben Sternke where he talks about the temptation to seek out a certain feeling in prayer ("prayerfulness" as he calls it) rather than simply praying and letting our feelings follow along (or not) as they will. Here's the link and an excerpt below.

"But the trap is that when it is time to pray again, I inadvertently find myself seeking that state of mind instead of doing the activity that brought about the state of mine. I seek the secondary effect (“prayerfulness”) as a primary thing and thus lose both the primary thing and the secondary effect. I end up neither praying nor feeling prayerful! I vaguely try to conjure a certain state of mind and eventually give up, frustrated at how “hard” it is to pray.

But what I have been learning lately is to abandon the pursuit of “prayerfulness” and simply get down to the business of actually praying. This sounds absurdly obvious, I know, but it has been a profound revelation for me. Just sit down (or stand up, or walk around) and pray. Just start praying."