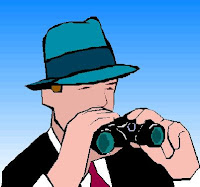 Here's a quote that caught my eye:

"We had numerous Catholic churches praying for us, a Buddhist temple, a bunch of Lutherans, a pagan sect and at least two Satanists that I know of, so we were pretty much covered."

I ran across that in a Star Tribune article about a guy who found a kidney donor for himself through Facebook. I'd say that's putting the "S" in "social networking!"

I know this is old news for many of you, but worth repeating especially "for some have never heard," that the world around us in the US is no longer saturated with Christianity, if indeed it ever was.

Of course, you can still simulate a Christianity-dominated culture quite easily. All you have to do is surround yourself with nothing but other Christians in your social world and be sure to rarely venture out. Listening solely to Christian music, Christian radio, and reading nothing but Christian books can also be a big help with this.

But do take note. If a collection of Catholics, Buddhists, pagans and "at least two Satanists that I know of" doesn't bear at least some resemblance to the world you live in, then you are probably living in a religio-cultural ghetto.

From which position it will be very, very, very hard to do effective mission.