If you are interested in the simple/organic/house church movement and live in or around the Twin Cities there's an excellent opportunity coming up quickly for you.  Church Multiplication Associates is holding a Greenhouse Training March 18-20 in Minneapolis. It's a Friday evening, Saturday morning and afternoon, and Sunday afternoon.

In a nutshell, a Greenhouse training does two things:

I attended a Greenhouse some time ago and highly recommend it from that experience. The cost ranges from $110 to $150. It's worth it.

For more specific information, contact my friend Katie Driver who is the local coordinator and will be one of the presenters.  You can register here.  For more of my thoughts and opinions about it, read on.

Although the Greenhouse training has good content in several areas, that's not the main reason I suggest you go. Frankly, good content isn't that hard to find these days and you can buy a lot of books for the price of this registration. What makes this worthwhile is that it pulls together three things that I think are key to Kingdom work - whether you're talking evangelism, discipleship or social ministry for that matter:

Simplicity.  Lots has been written about simplicity.  That's ironic, that is. Simplicity is vital for something to be easily transmitted and replicated. That goes for churches as well as viruses. The Greenhouse training works with a very simple expression of church, simple in both written and in human forms. That's good.

Substantive Relationships.  Relationships where people feel safe enough to get below the surface of life are foundational, both for people to come to faith and for believers to mature in faith. This is one reason why conventional congregations struggle so much under the burden of maintaining a weekly large group gathering that inherently can't facilitate those kind of relationships. The Greenhouse training focuses on equipping people for exploring faith together in groups of 2 to 4 as normative. It offers one simple tool for people to use in self-facilitating such groups, but only as an example or as one resource they recommend.

Intentionality.  This truly is the linchpin. Even mediocre ideas that actually get implemented will probably show more results than great ideas that are left on the shelf. I think the Greenhouse folks know this, which is why the real goal of the training is not simply to deliver good content to people. It's to lay a foundation for the formation of supportive accountability groups. (That's my term. They call them Greenhouse Monthly Gatherings which sounds much more fun and friendly and is probably a better term for that reason.) At the end of the training, they invite those who are interested to begin meeting monthly to encourage each other as they work to live out what they have learned. And note how the monthly meeting is not the main event. Rather, it plays a supportive role to the weekly gatherings of people in groups of 2-4, most of whom have not had the Greenhouse training. That's the kind of flip-the-pyramid strategy that sent me off to learn about house churches in the first place, two years ago.

This is good stuff and these are good people. If you can get to a Greenhouse I think you'll be glad you went.
Posted by Feral Pastor No comments:

One metaphor I keep returning to in my thinking about how to pursue the life of faith with intentionality is the asteroid field.  I haven't yet written about it here. but did bring it up recently over on Felicity Dale's Blog.  The topic there had to do with the tension between tending internal relationships vs. outreach to others, but that raised the question of whether there is a regular "sequence" to these things or not.  (E.g. "FIRST we get close, THEN we can reach out to others.")  In that context I dropped in my thought about navigating in the absence of a stable sequence or pathway.  I think it applies both to groups and individuals.  At any rate, here's the comment from that conversation which will at least introduce the metaphor for us here. 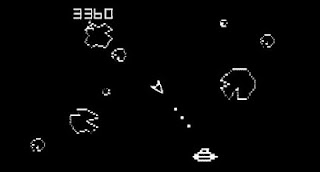 The critique of "sequentialism" resonated with me. It's like the traditional way of navigating where you have a map and a route and just go step by step. But that only works if the terrain stays put! These days I think navigating as a faith community is more like flying your moving spaceship through a field of randomly drifting asteroids. There is no "path," and if you start trying to chart one the asteroids will have moved before you get it finished so it's obsolete before it's done. Navigating in this environment is, I think, done by quick orientation followed by incremental movement, then repeat. And orientation means knowing what's right next to you as well as where you ultimately are trying to go.

In practice, I think that calls for the listening to God and each other that others have mentioned. We Refresh our awareness of where we are and where we are going, then Respond. So the path forward isn't laid out in advance as a sequence A to B to C to D etc. Rather, the sequence is replaced by a discipline: "(Refresh, Respond) Repeat."

I think, if we do that, then the original question about community vs. mission gets answered over and over as God leads.

Thoughts on an (R,R)R practice for faith life?  I'd love to hear them.
Posted by Feral Pastor No comments:

Interested in race, income, education, and housing diversity in the US or your local community?  Check out this fascinating, interactive map based on census data. 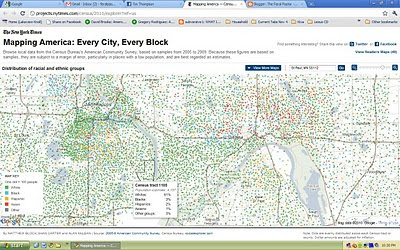 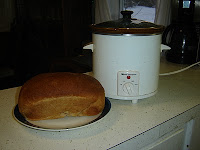 Back in September I launched a little experiment in supportive accountability with some friends.  The idea was very simple: gather once a month for three months for a pot luck dinner, followed by a conversation.  The conversation was an opportunity for people participating to share some goals for their family faith life for the month, then report back at the next gathering.  I knew that was something I was wanting for my own family life so I was hopeful some others would want to give it a try as well.  I invited three other families, friends of ours with children around the same age as our daughters, and they all three signed on!  Woo-hoo!

Well, we finished our 3-month a couple weeks ago and will be re-upping for another round shortly which is a good sign.  And this time we're going to look for ways to gently lean our conversations towards more depth.  It's not like we were talking about the weather before, but it was clear that we were all drawn to the deeper sharing when it came about.  So rather than just let that happen whenever, we'll be looking for ways to nudge ourselves that direction without locking into anything rigid.  One idea that's been floated is to view the conversation time as a pot-luck too.  There's still an element of unstructured freedom at the core, but we would come to it "bringing something that we have prepared," be that a prayer, a question, a song or a thought.

This simple no-pressure accountability scheme of our first round really helped me to move on some of the things I've wanted to do, but never quite got started.  The simple presence of a kind of "due by date" on the calendar got me to follow through on my desire to have a monthly service project of some sort as a family. That part worked well.

Another part didn't work as well, and that turned out to be very instructive.  I kept setting a goal for having one or two intentional faith conversations per week with my daughters - to talk about different ways to pray for example - and those conversations just weren't happening.  And of course, by the end of the month it was too late to "catch up" before the pot luck!  (After all, what's a deadline for if you can't cram everything in just before it hits?)  So I changed the goal.  Rather than a goal to have conversations, I made the goal to set target dates for the conversations.  And the key here was to link the scheduling task itself to a fairly stable weekly event which we had in place around the Monday grocery shopping run.  So it went like this: once a week when my wife and I sat down to figure out the family schedule (who's home which nights; who's cooking what for dinner...) we also looked for two days per week to have a conversation, typically at dinner.  The goal was simply to plan which days we were going to shoot for having the conversations.  If they actually happened, that would be good too but the main thing was to have them in sight - it was what we needed to move our desire into a specific intention.

Well, it worked pretty well!  Most weeks now we are having these conversations on purpose with the girls and that's been a real treat.  And I've learned some good points about intentionality and the value of building off of existing schedule patterns.  But I probably wouldn't have gotten that worked out if not for trying and failing and reporting on it for three months in a row.

It's just a pot luck and a conversation, but it makes a difference.
Posted by Feral Pastor 2 comments: