Church Decline in the Public Eye 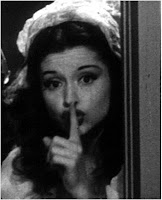 The decline of the church is something that borders on an "open secret" - "widely known to be true, but which none of the people most intimately concerned is willing to categorically acknowledge in public." (Lifted that from Wikipedia.)

If you want to see evidence of that, take a look at this Bizarro cartoon in todays Pioneer Press, near the top right corner. It actually points out both the reality, and the denial of those "most intimately concerned," in one punchline.

When church decline is well enough established and so widely understood that it can be the source of humor in popular culture, it's way past time for us to do something about it.
Posted by Feral Pastor 6 comments: